It’s autumn in Beaumont, and you have noticed a large number of insects hanging around your stone patio, seemingly sunning themselves. Earlier in the season, you might have seen these same insects hanging around certain trees. Unlike many flying insects, these particular bugs are only occasional visitors. What are these curious creatures? 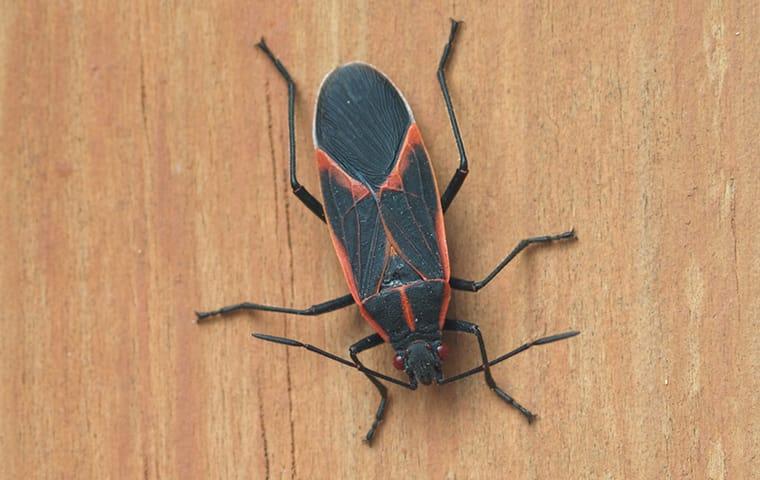 Boxelder bugs: What are they?

Boxelder bugs are named for the seed-bearing boxelder trees where they feed and lay their eggs during the warm months. Come autumn, you’ll see these bugs congregating in large numbers on sunny patios, warm rocks, buildings, windows close to the ground floor, and trees—basically wherever the sun hits.

What do boxelder bugs eat?

Boxelder bugs feed mainly on boxelder tree seeds and newly developing leaves but they are also attracted to maple and ash trees. (Their feeding may result in foliage discoloration.) Be aware if you have apple or plum trees since these bugs are known to occasionally feed on the fruits of these trees.

What makes the boxelder an occasional pest in your Beaumont home?

Come autumn, boxelder bugs look for a place to overwinter, and this is where they can become a real nuisance. In order to protect themselves from the cold winter temperatures, they begin to migrate in large numbers to the sunny sides of rocks, buildings, etc. From there they will enter into cracks and crevices. If they get into your home, they can enter into wall voids and other areas where they will remain mostly inactive for the winter months.

How do I prevent boxelder bugs?

To prevent boxelder bugs from overwintering inside your Beaumont home, seal gaps with a quality silicone or silicone-latex caulk or with liquid cement for foundation cracks. If you use your vacuum cleaner or Shop Vac to remove boxelder bugs from the outside of your home, be sure to empty the cleaner bag before bringing it back inside, in case there are live insects present.

When trying to seal out boxelder bugs...

If boxelder bugs have already entered your home, understand that they are difficult if not impossible to remove using DIY methods.

How do I get rid of boxelder bugs that have gotten into my wall voids?

If you’re afraid that boxelder bugs have already gotten into your Beaumont home, the best way to know for sure is to call the professionals at Bill Clark Pest Control for a free inspection.

Thank you to both Shawn C. & Shane W. for a really good job done.