What To Do If Bitten By A Tick In Montgomery

Ticks are small, have eight legs, and can vary in appearance. They carry diseases that, if left untreated, can kill or debilitate people. They are found in woods, tall grass, and along the creeks and springs where animals gather. There are seven significant types of ticks in Montgomery. 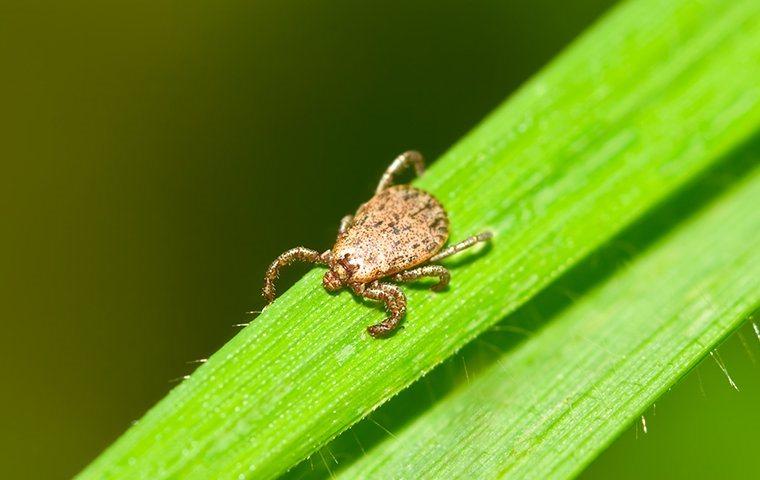 The male is pear-shaped and small (1.5-5 mm long). He has a pale brown to gray undercoat with a yellow-brown mottled pattern on it. The female is 2.5-2.7 mm long, pear-shaped, and has a dark brown body with a cream dorsal shield. These ticks are common east of the Rockies, including in this area. Larvae and nymphs prefer small animals. Adults prefer dogs but will get on humans. These ticks can transmit Rocky Mountain spotted fever.

These ticks are eyeless. They are very small and the males appear black. The females are brown-orange below overlayed with a dark brownish-black shield. The larvae and nymphs feed primarily on small mammals, especially mice, birds, and lizards. The adults feed on cattle, deer, and other large mammals, including humans. They can transmit human granulocytic anaplasmosis, human babesiosis, Lyme disease, and Powassan encephalitis.

This tick is found worldwide and is usually found in animal pens and canine kennels. It isn’t usually found anywhere else. Brown dog ticks are light to dark brown in color. These ticks are often found crawling up walls in infested buildings. They can transmit Rocky Mountain spotted fever.

These ticks are 3-7 mm long. Engorged females may be 18mm long. The Gulf Coast tick female is reddish-brown with a cream shield overlayed with reddish-brown markings. The male is pale in color, with reddish-brown markings. The larvae and nymphs feed on small migratory birds and small animals. The adult ticks feed on cattle and other domestic animals. They also feed on dogs and humans. They are found in prairie grasslands and around the edges of woods. They can transmit Rocky Mountain spotted fever.

The female is reddish-brown and has a single spot in the middle of the back. The spot can be white cream or gold to bronze. They are 4-6 mm unfed and 16 mm when fully fed. The males are reddish-brown with white-cream color along the edge of the shield. They are 2-5 mm whether they have fed or not. The bite of these ticks can transmit Southern Tick Associated Rash Infection (STARI), ehrlichiosis, Tularemia, and red meat allergy.

Both sexes are brown with gray patterning. They are, as their name implies, most active in winter and early spring. The larvae, nymphs, and adults stay on one animal their whole life cycle. They are usually found in cattle, moose, deer, and other large mammals, but will feed on humans. These ticks do not transmit diseases to humans or dogs.

If You Find A Tick On You

You should check everywhere on your body when you come in from areas ticks live. If you find a tick, don’t panic. Get a pair of tweezers and attach them to the shield of the tick and gently pull straight out from your body until the tick comes out. Do not twist the tick or jerk it (you may end up having the head break off in you). Do not hold a match to it or cover it in Vaseline. Don’t throw the tick away. Put it in a zipper bag with the date you removed it on the outside in marker. Put it in the refrigerator for a while until you see if you develop symptoms.

You do not usually develop symptoms from an infected tick for a few days. If you develop these symptoms, contact a doctor and tell him/her where you have been traveling and what date that was. If you still have the tick, bring it in with you.

Preventing Ticks In Your Yard

Ticks are clearly dangerous. You don’t want to risk a bite while gardening. Bill Clark Pest Control can help. When you contact us, we will send one of our Bugsperts for a free inspection of your yard and house. We will then develop a plan to solve your pest problems. Once your current problem is solved, we will come out every quarter and treat the area to make sure they don’t come back. Call Bill Clark Pest Control today and take back your yard.

Thank you to both Shawn C. & Shane W. for a really good job done.