What Every Beaumont Homeowner Needs To Know About Crazy Ants

There is little more disconcerting than when you’re at home, enjoying the evening, and in the blink of an eye, the power cuts out. Maybe it was knocked out by a storm. Maybe you blew a fuse. Or maybe it was ants! That’s right. Ants. Tawny crazy ants to be specific. These little guys are attracted to electrical wires which they can damage if left unchecked. For you, that can mean electrical shorts in your home and spending hard-earned money on repairs. Here’s what you need to know about tawny crazy ants so that you can keep them out of your Beaumont home. 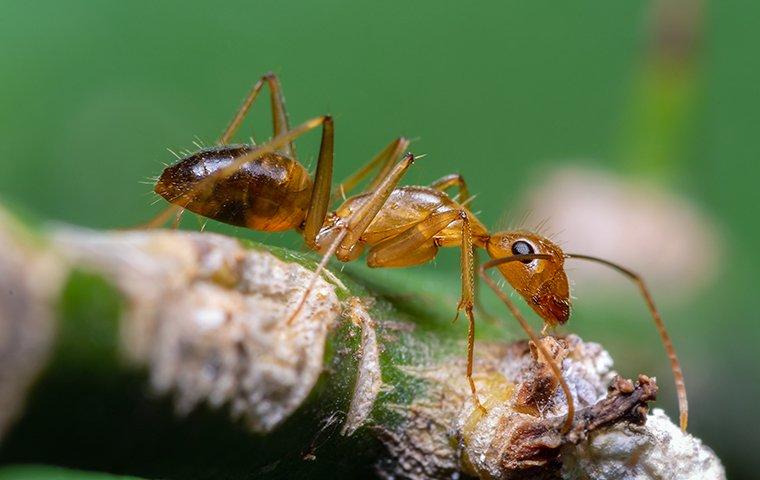 What Are Tawny Crazy Ants?

Tawny crazy ants (sometimes called raspberry crazy ants) are a dangerous species of ants that, in the U.S., live throughout Texas and the other Gulf states. Though not native to these regions, tawny crazy ants have been frequent pests around Texas for nearly two decades. It is generally believed that tawny crazy ants were brought to the U.S., from their native home of South America by hitching rides on humans or in the goods which humans ship.

How To Identify Tawny Crazy Ants?

Tawny crazy ants are about 1/8th of an inch long. They are yellowish-brown or reddish-brown and have relatively long antennae. They are called crazy ants because of their erratic movements. While other ants march in a line, crazy ants scurry about. Paired with the fact that they have longer legs than other ants, their quick movements--well--just look crazy.

The Problem With Tawny Crazy Ants

The reason for this is that tawny crazy ants have decentralized colonies which can be 100 times denser than other ant colonies. These colonies may have thousands of workers and several queens, so fully eliminating them proves to be quite the challenge.

In addition to their colonies being extremely hard to get rid of, as mentioned before, tawny crazy ants are drawn toward electrical wires. As such, they are known to chew through these wires which can be quite damaging. Moreover, if a tawny crazy ant is electrocuted and dies, its body can emit a pheromone that will attract other ants. This can result in large numbers of ants gathering in your electrical systems which can cause shorts. No matter the reason, you don’t want tawny crazy ants getting into your wires. That’s why you must identify a tawny crazy ant infestation immediately.

What To Look For?

One of the main difficulties with tawny crazy ants is that they can colonize in almost any crevasse. The good news is they don’t usually colonize in homes, but will enter homes to feed. The most common areas to find tawny crazy ant colonies are under stumps, rocks, debris, potted plants, or piles of compost or garbage. Their colonies are decentralized which means there may be many entry points rather than just one. If you can identify both the ant and the colony, that’s a great way to know if you are dealing with tawny crazy ants.

How To Get Rid Of Tawny Crazy Ants

Because they are known to cause such damage, if you think you may have a tawny crazy ant infestation, call the professionals at Bill Clark Pest Control immediately. Our trained pest professionals will help you identify and eliminate any tawny crazy colonies around your property so that you don’t have to worry about them damaging your electronics. Don’t get caught in the dark, call Bill Clark Pest Control today.