Home › Blog › The Problem With Fire Ants On Your Beaumont Property

The Problem With Fire Ants On Your Beaumont Property

Not all ants are harmless foragers that simply crawl around your property. Some are much more threatening and prove just how severe an ant infestation can be. Fire ants are some of the most dangerous kinds around, so learning how you even the odds against these aggressive pests will help you keep your property free of fire ants. 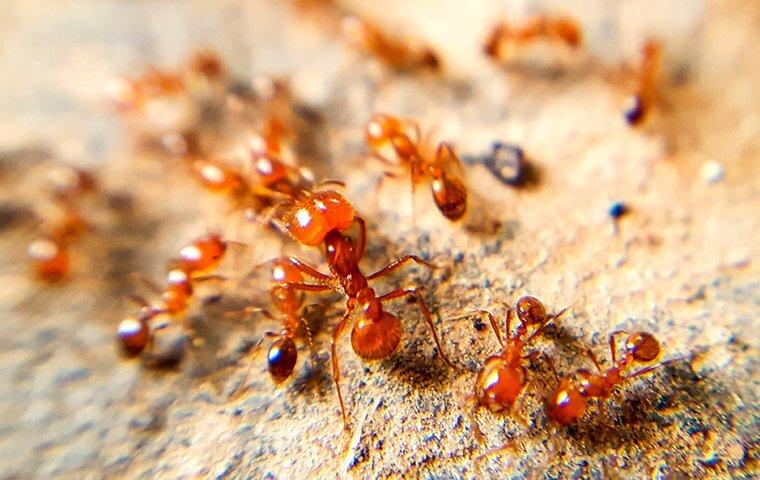 How To Spot Fire Ants

Fire ants have distinctive features that separate them from other common house ants. Bear in mind, however, that there are other dangerous ants, like carpenter ants, which look a lot more common. This is why only experts should be trusted to properly identify a population. That said, here are some key traits of fire ants.

Fire ants aren’t just unique in those ways, they are also far more dangerous than your run-of-the-mill sugar ants or pavement ants. Fire ants pose direct harm to people and our pets, thanks to the extremely painful stings they administer when they feel like their nests are threatened. Hundreds of tiny fire ants can quickly crawl up inside of shoes and clothing, making it hard to avoid the painful stings. Some people are even allergic to the venom contained in a fire ant’s stinger, in the same way, some people are allergic to bee stings. That’s why controlling fire ant populations isn’t just a matter of keeping crawling pests out, it’s also a matter of avoiding serious health risks.

Not Easy To Remove, Either

As if all that weren’t bad enough, fire ants also happen to be some of the most difficult colonies to get rid of. Not only can they dole out retribution to anyone who tries to harm or remove their underground tunnels, but fire ants also utilize all of the following traits to survive extermination.

All of these factors should dissuade you from taking fire ants lightly or trying to remove them all on your own. Not only can fire ants pose dangers to you, but you may also even make the problem worse if you don’t turn to expert guidance. Bill Clark Pest Control is here to help, making sure the signs of infestations are caught early and that existing populations are dealt with properly. Contact us today to get started on a thorough inspection of your property, so we can come up with prevention measures and eliminate any factors that attract fire ants and other pests. Don’t take chances when it comes to fire ants -- call Bill Clark Pest Control today.